Hoverboards are totally legal personal transportation devices that you can use to move from one location to another without facing heavy traffic and stop at gas stations to refill the tank. When hoverboards were first introduced in the market then there were a few drawbacks in earlier models due to those some fire incidents also happened and some people query are hoverboard illegal?

With the passage of time, the design look and safety features improved to a great extent and with the introduction of UL-2272 certification, it is now a totally safe and secure self-balancing device for kids and adults.

There are no states in the U.S that declare hoverboards illegal but debates are there about the safety features and road rides in order to safeguard the citizens from any kind of incidents. Some states also go for ballots but there are no rules which make it illegal.

Why is UL Certification Important?

When the hoverboard was introduced in the market for the very first time in 2015 then there was no safety certification required. In a short span of time after 2015 few fire and battery blast incidents were reported in which few riders were injured. After such incidents both companies and the government work on the safety parts.

Read Also: How Long Does a Hoverboard Take to Charge?

The government imposes a safety certification before introducing any hoverboard into the market. After the government steps to UL-2272 certification manufacturers improve the quality of their products so they can pass the safety test to get the UL2272 tag. All these steps are taken for the query “are hoverboard illegal?”

A UL-2272 certification is a safety requirement for devices that run on batteries. Those who pass the safety test are considered safe to use. After such certification, there were no fire or battery blast incidents reported.

Why is Hoverboard’s popularity increasing?

When the first hoverboard was introduced as an alternative personal transportation device it was not that much popular. Kids and teens were the first class of community that accepted these next-generation devices first. After a short span of time, the popularity starts increasing at a rapid pace and it is known as equally popular among kids, teens, and adults.

There are many factors of hoverboards’ increasing popularity and acceptance in the community such as easy to ride, perfect for short-distance travel, and easy to park as it requires small space to park. It also provides you the freedom from traffic jams and you can easily reach on time without any difficulty.

Why is UL certification a must?

Safety is important in any kind of vehicle and it is recommended to check in detail the safety features of a device before starting riding. For every hoverboard, it is a must-have requirement from the government to pass the UL-2272 test. It is advised to check the tag before purchase. If a board does not have such a tag then it is not a legal hoverboard and you are advised not to go with that option.

Are Hoverboard Illegal in the UK?

No, hoverboarding is not illegal in the UK also, you can ride and enjoy hoverboarding in any part of the United Kingdom. There are certain rules which you need to follow such as you can not ride a board on public roads as it can cause serious incidents. It is advised to check and read the local laws of a country before riding a hoverboard outside the United States.

Currently, there is no written law on such a topic but there are certain rules and regulations which are in the process regarding different personal and electric-powered devices. There are rules also for the safety of the community and to avoid any kind of incidents and not to declare hoverboards as illegal transportation devices.

We try to explain in detail whether hoverboards are illegal or not. After going through this article we hope you get all the information you need. It is totally legal to ride a hoverboard in any park in the USA and enjoy a fun riding experience. There are certain rules of every state and country you need to follow that’s why it is recommended to read the local laws of a state and country before riding.

A common question that gets asked is how long does it take to charge a hoverboard? This article will answer that question and give some tips for charging your hoverboard faster. It takes about an hour or two to charge your hoverboard for around 20 minutes of riding time. If you want to ride longer,… 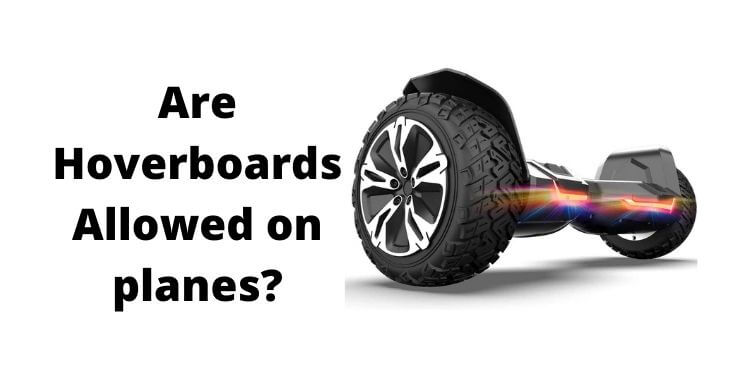 No, It is not a correct statement as hoverboards do not have the same type of chargers. Different models use different types of chargers for their boards, some are fast, others are normal and the voltages are also not the same. When a newbie buys for the first time there comes a question in his… Hoverboard explosions are becoming more and more common. Many people have experienced injuries, including young children who were simply curious. This article will explore can hoverboards explode, the reasons why they may be combusting, and what you can do to protect yourself or your loved ones. Hoverboard fires are not a new phenomenon. They’ve been… Do You Know How Much Do Hoverboards Weigh? Hoverboards are devices used to hover on the ground. The two types of hoverboard technology Airwheels and Self Balancing Boards have been around for a while but the popularity of these products has exploded recently. You can now buy a cheap or expensive model, depending on your…

Hoverboardlab.com is in Amazon Associate Partnership Program. On Each Qualifying Sale, It earns Commission.